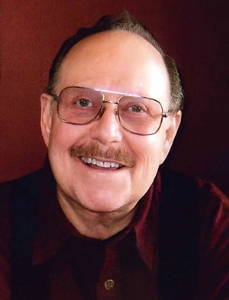 MADISON - Stan Hershleder, father, grandfather and great-grandfather, passed into eternity after a long gallant struggle with cancer, Parkinson's and stroke on Tuesday, February 11, 2020. Stan was born December 27, 1932 at St. Mary's Hospital, the son of Fred and Dorothy Hershleder. He grew up working in his father's store on State Street starting at just six years old. In 1948, while attending Madison Central High School, he joined the Wisconsin National Guard. Graduating in 1950, he remained active in the Guard for 3 1/2 years. In 1951 while attending the University of Wisconsin, he requested activation to active duty in the Army and was sent to Ft. Riley, Kansas for basic training. After serving as Cadre on a rifle range teaching recruits, he was sent to Ft. Benning, GA for special training and then to Korea for the remainder of his military commitment. He was first sent into combat with a Heavy Weapons Company and then to the 3rd Division NCO Academy modeled after West Point. He graduated 2nd in a class of 367 men, achieving the 2nd highest score ever reached at the academy and received a special Commendation from the Division's Commanding General. After returning to his unit he received a personal "request" from the Commandant of the Academy to become an instructor, teaching Military Leadership. He was later an instructor at I Corp. NCO Academy. He served in Korea for approximately 15 months and attained the rank of Sargent First Class before rotating to Fort Sheridan, Illinois where he received an Honorable Discharge.

Stan returned to his family business with Furs by Hershleder, Ltd., and in 1961 assumed full management responsibilities as Master Furrier-Designer. He studied with noted English Fur Designer, Mr. Simon Clayton in New York in 1963 and again in 1968. In June, 1974, Stan and his father moved their business to their new building on East Washington Ave. and it became the home for their business as well as Stan's permanent home, which he, "loved more than any other home he could ever have." He was voted President of the Master Furriers Guild of America in 1986 by his peers and served until he resigned in 1990. Thousands of his clients will remember Stan for his unyielding honesty, obsession with integrity, enduring trustworthiness and many awards for Business Ethics, Unique Designs and superlative workmanship. His tenants recollect Stan's enduring honesty, caring supervision and devoted management. Besides frequent travel to New York, his business often took him to Montreal and Frankfurt, Germany. He retired in December of 1996, after 43 years and a successful, rewarding career personally and meticulously hand-crafting all types and styles of fur coats, jackets, hats, pant suits, skirts, capes, stoles, boas, flings, mink golf club covers, muffs, slippers, mink Teddy Bears, mink bow ties, earmuffs, a mink coat for a client's pet dog and even fur bras for several women. Stan steadfastly refused to use or sell any furs which were threatened or endangered.

Stan was a member of the National Wildlife Federation, The Wisconsin Wildlife Federation, The Wildlife Legislative Fund of America, the Izaak Walton League of America, The World Wildlife Fund, a Life Member of the Veterans of Foreign Wars, Post 1318 and a member of Temple Beth El since 1956. He enjoyed his many hobbies keeping exotic tropical fish, photography and his darkroom, antiques, and many kinds of music from classical to blues and some of today's popular ballads. He enjoyed professional tennis, boxing matches, pool, billiards, acrylic paint pouring, museums, antique cars and travel in Europe (not all at the same time). He enjoyed fishing in Madison's lakes using plugs and lures he made himself, but often with Ben's help. He always felt a love of horses. This came from his mother taking him horseback riding when he was 5, 6 and 7 years old. If he saw one, he had to stop and pet it. His favorite cities were the French Quarter in New Orleans, London, Prague, Vienna and Amsterdam. He loved his Basset Hounds, Roxanne and Charlie, his pet squirrel, Shirley and his kitties, "babies," Blossom, Flower, Lily and Posy.

He is survived by his cherished daughter, Katie (Tom) Riccio of Madison; his beloved son and pal, Ben of Peachtree City, Georgia; and a brother, Howard of Sacramento, CA. Stan often spoke of his nephews, David Jaffe and Gary Hershleder. "Poppo" loved his granddaughters, Leah (Todd) Thomas of Milwaukee and Samantha (Josh) Luter of Emeryville, CA. He was so proud of his great-grandsons, Charlie and Emmet Thomas of Milwaukee.

He was preceded in death by his parents, Fred and Dorothy (Stein) Hershleder.

Memorials may be sent to the American Cancer Society, Temple Beth El or Badger Honor Flight.